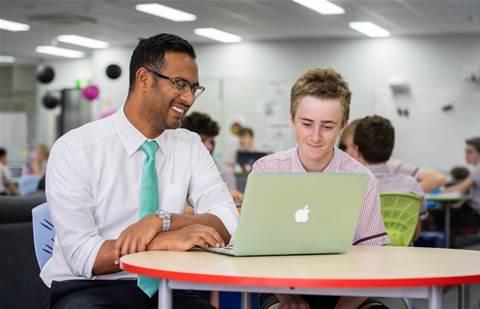 The college sought to upgrade its existing wired and wireless networking, make the provisioning and management of devices and users easier and create operational efficiencies.

GCC principal Mike Curtis said, “I always want our kids to be totally engaged and in love with learning … technology gives us a wonderful tool by which that can happen.”

GCC said the new Extreme kit has provided consistent and reliable connectivity throughout the campus, after not having much success with four other vendors over the years, citing the difficult architectural environment for Wi-Fi, with multiple different building materials and spaces in use across the campus.

The college also had an in-house IT team of four staff, making the ease of management a priority, given the number of devices between students and staff.

GCC IT manager Roland Munyard said, “Schools are a hub of activity; they never stay the same and things are moving all the time in our IT environment. We were looking for a one-stop networking solution.”

“As IT Manager I was looking for a product that would free up my team. My team was repeatedly exhausted by solving the same sorts of networking problems.”

Extreme Management Center and Extreme’s approach to software-defined networking and analytics were welcomed by the college, as well as the integration with the school’s existing security infrastructure.

“Our partner CompNow has been valuable and supportive,” Munyard said. GCC had been a customer of CompNow for a number of years, supplying most of the college’s IT hardware.

GCC network administrator Joshua Whysall said, “With CompNow, it’s like dealing with a friend when you are ordering. They are a part of our ecosystem. They’ve solved every issue I’ve had. We have a lot of ceilings that are gyprock, so we needed a special plate for our access points. They found me the plates and got them to me quickly.”

Looking ahead, GCC aims to have a complete, end-to-end wired and wireless Extreme networking environment on campus by “mid-2020”, and introduce more automation capabilities to help with provisioning new devices and other network administrative functions.