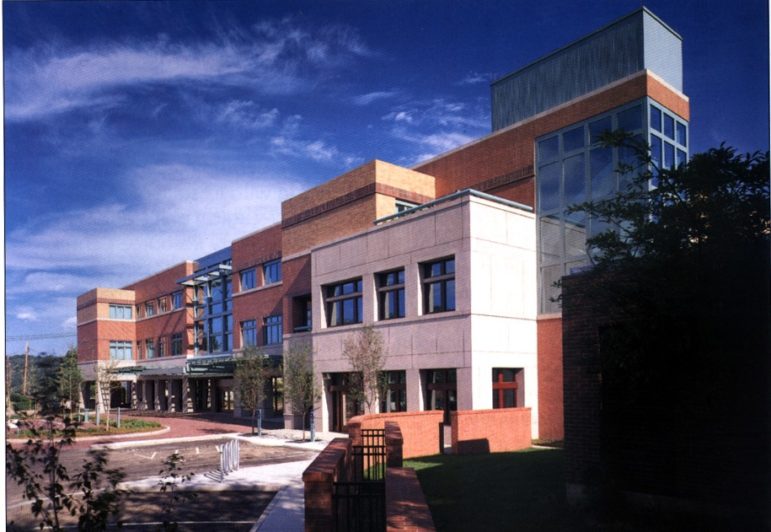 A year ago, a woman arrived at Griffin Hospital’s emergency room with breathing problems. It wasn’t the first time she had turned up with those troubling symptoms, and physicians at the Derby hospital wondered what kept triggering her asthma.

Instead of just treating the problem and sending her away, the doctors arranged a home visit. When health officials set foot in her rental unit, the issue was immediately clear: A shag rug carpet – a virtual magnet for dust mites, mold spores and other allergens – lined the floor, a red flag for someone with her condition. After a call to the landlord, the carpet was swapped out and the woman’s symptoms subsided.

Last spring, a specialist at Griffin noticed a patient struggling to manage his diabetes. Follow-up interviews and an assessment of his home revealed that he regularly consumed fast food, and wasn’t good about keeping up with his medication. Nutritional counseling and a better organizational system for his pills helped him get back on track.

Some hospitals hand out brochures for food pantries or housing agencies. A few place calls to social service groups on the patients’ behalf. And some have set up appointments to survey people’s living conditions.

“If we’re not looking at the whole person, or how some of their medical diagnoses may be the result of short-term or long-term social determinants, we’re not going to cure them. We’re not even going to repair them.”

But there has been no formal way of tracking what happens after a person leaves the hospital. Most of the time, that leaves patients to navigate the intricate network of community programs by themselves. Without access to certain resources, a person may wind up back in the emergency department over and over again.

Health officials are trying to change that. Late last year, the Connecticut Hospital Association rolled out software that logs patients’ progress in obtaining healthy food, stable housing, employment and other resources upon release. Physicians use it to issue referrals, see when appointments with social service groups are scheduled and track what services the patient receives. Hospitals and a constellation of nonprofits across the state have access to the information.

Two hospitals – Griffin and Waterbury – already have begun using the program to address those factors, known as social determinants of health. In less than two months, dozens of patients have been referred to social service organizations for help.

CHA plans to install the software at all 27 of its acute care hospitals over the next two years.

‘It illuminated a need’

Monica Oris and her colleagues at Griffin recognized early on that the conditions in which people live and work have a significant impact on their health.

Stress, a lack of transportation or housing, environmental hazards, and other factors can lead to chronic issues, causing people to rack up bills for repeat medical visits. Patients sometimes cycle through the emergency department with ailments that could be prevented by outside intervention.

Oris, Griffin’s director of population health, and her peers received a federal grant in 2017 to address social determinants for people on Medicare and Medicaid. When patients in those programs came to the emergency room or primary care offices, they were asked a series of questions, such as: Do you have issues with housing? Are there any problems paying for food, or your mortgage? Do you have enough food by the end of the week?

“There are some sensitive questions and ways of asking these questions that hopefully make it easier for people to open up,” Oris said. “We try to make it as comfortable as possible.” 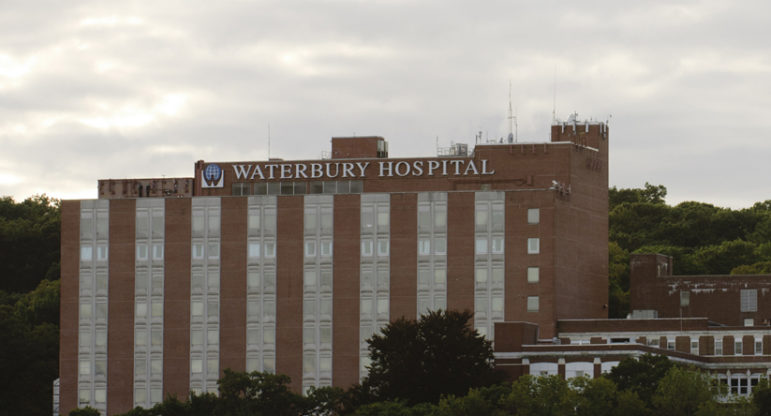 Waterbury Hospital is among the first acute care centers in CT to use technology to address social determinants of health.

If a person answered “yes” to some of the queries, physicians would hand over information about food or housing services. They could follow up with patients by phone, but there was no consistent way of keeping tabs.

“You could give them information about meals or caregiver assistance or whatever the need was, and you had to sort of expect that the person was going to be able to navigate the system,” Oris said. “It was very difficult for our caregivers to call other agencies because you need to have a release [form] to share information. So we would just expect that the people we were giving these referrals to would access those services.

“It was very difficult for our caregivers to call other agencies because you need to have a release [form] to share information. There was no real way to follow up.”

In late November, after screening thousands of Medicaid and Medicare patients, employees at Griffin began using the new computer software to make referrals. Under the new system, approval was already in place to share a patient’s information, and it allowed all agencies to track the person’s progress.

The hospital now screens everyone – regardless of insurance status – on a voluntary basis. Workers are looking to expand the practice beyond the ER and primary care offices to all departments.

The idea to evaluate patients for social needs was first tossed around years ago at CHA. The organization launched a pilot program in 2018 testing the approach at four of its member hospitals.

During a three-month stretch, Bristol Health, one of the participants, screened 276 patients and found that many of them – 63% – had some need.

“The themes we saw most heavily were housing insecurity, transportation, food insecurity, and either unemployment or underemployment,” said Rebecca Colasanto, director of behavioral health at Bristol. “I was rather shocked with the amount of food…