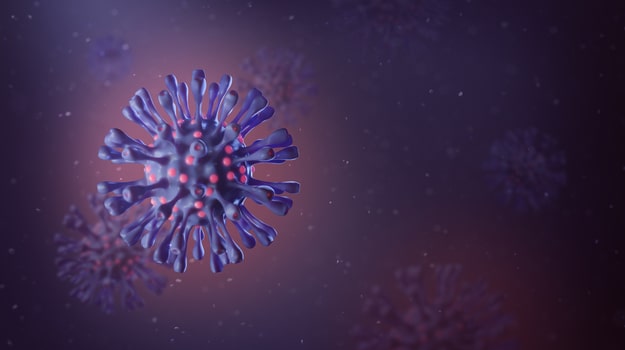 According to research from the University of New Hampshire (UNH), new pathways have been identified in an RNA-based virus where inhibitors can potentially unbind. This may be critical to understanding how inhibitors react within the body, and eventually lead to the development of more effective drugs.

The UNH researchers specifically looked at an RNA fragment from the HIV-1 virus and its interaction with a ligand/inhibitor to draw their conclusions. Using computer modeling, they found the pathways of the inhibitor unbinding from the viral RNA in several rare events that unexpectedly showed a coordinated movement in parts of the unbinding pocket of RNA.

Afterward, the researchers looked at the structural elements from the HIV-1 RNA genome. They conducted simulations at the molecular level of the rare structural and conformational actions of the binding/unbinding process, which are often challenging to examine in the lab.

“We observed what are called rare base-flipping events involved in the inhibitor binding/unbinding process that provided the new details of the underlying mechanism of this process,” said Harish Vashisth, associate professor of chemical engineering. “Our hope is that this adds new possibilities to a field traditionally focused on static biomolecular structures and lead to new medications.”

This is not the first time that researchers have looked at the structural elements of a particular virus to potentially treat a different one. A study published in Molecular Therapy back in October 2019 examined research conducted by scientists at Temple University, who theorized that it may be possible to repurpose a drug to treat an existing virus.

In their experimentation, the researchers looked at a drug utilized in the treatment of HIV that could also potentially suppress Zika virus infection. In cell and animal models, the drug rilpivirine appeared to stop the Zika virus by targeting enzymes that both HIV and Zika depend on for replication. These enzymes occur in other viruses closely related to Zika as well.

“HIV and Zika virus are distinct types of RNA viruses,” said Kamel Khalili, PhD, Laura H. Carnell Professor and Chair of the Department of Neuroscience, Director of the Center for Neurovirology, and Director of the Comprehensive NeuroAIDS Center at LKSOM. “By discovering that rilpivirine blocks Zika virus replication by binding to an RNA polymerase enzyme common to a family of RNA viruses, we’ve opened the way to potentially being able to treat multiple RNA virus infections using the same strategy.”

Experimentation carried out in mice showed that rilpivirine could potentially prevent Zika from becoming deadly. Rilpivirine is one of many non-nucleoside reverse transcriptase inhibitor drugs that have been created for the treatment of HIV.

“We now have a clear path forward,” Dr. Khalili said. “We have a starting point from which we can find ways to make these drugs even more potent and more effective against flaviviruses.”

Epidemics that stem from flavivirus infections, such as HIV and Zika, frequently overlap geographically and temporarily. Dr. Michael L. Klein, FRS, Laura H. Carnell Professor of Science and Dean of the College of Science and Technology at Temple, stated that the potential applications of this work are “huge.”

The exploration of molecular mechanisms continues to expand with investment from government institutions. Temple University announced back in May that it had received a $12 million grant from the National Institutes of Health to continue research on the molecular mechanisms of heart injury and repair.